By breakingfree on June 29, 2016 in Uncategorized 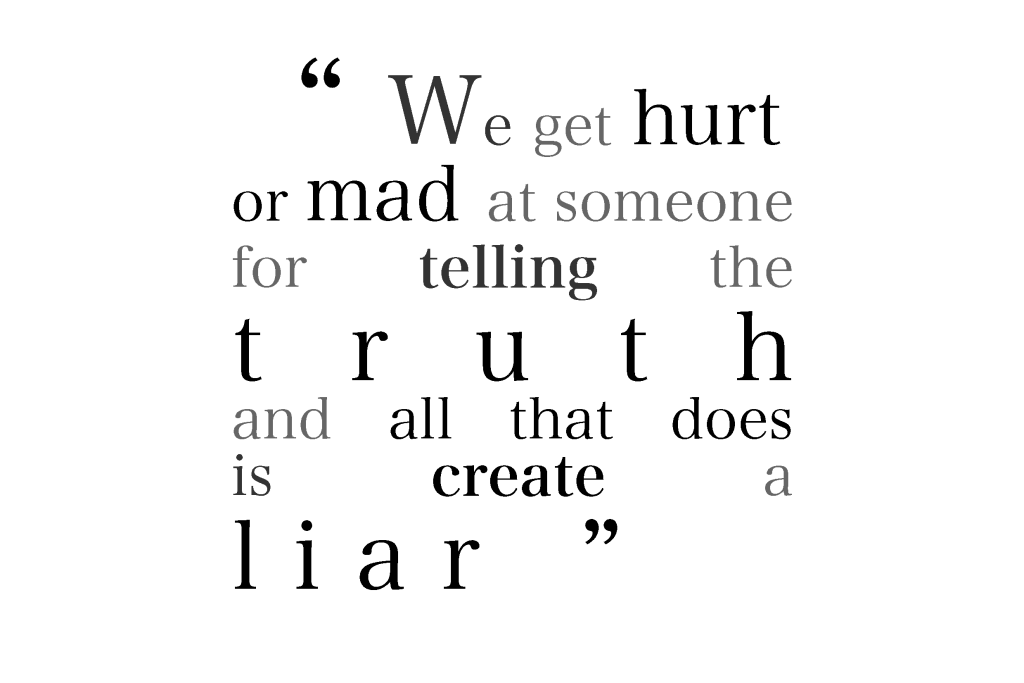 Mykonos, Greece. The place showed few signs of the quaint fishing village atmosphere where Shirley Valentine traded her housewife blues for romance with a married Greek tavern owner. Its maze of streets buzzed with bars, restaurants and boutiques displaying glittering gold and silver. Joe and I were in an outdoor bar overlooking the aqua sea and sandy beach discussing honesty in relationships. “Exactly!” he said, “We get hurt or mad at someone for telling the truth, and all that does is create a liar. I lost the woman I wanted to be with forever because I was truthful about an affair. I abhor the dishonesty in hiding what I really feel, but hate the conflict that results from exposing my inner feelings. I’m not very good at conflict.”

Why is it so hard to have honest communication? Honest, saying what you really think. To those who feel they are always honest, do you lie to be polite when the food sucks or tell kids there is a Santa Claus. Those seem like harmless lies. How about telling the truth about your illicit affair to those you know would take offense? And if you did tell, what would be the consequences? Is silence a subtle way of not telling what you know to be truth? Do you tell your truth to your kids or friends? “How was the vacation?” “Oh fine!” “Well how come you are walking with a limp and mom won’t speak to you?”

Telling truth is probably the most intimate act a person can experience with another person. Baring your soul and handing it to someone you trust who will treat it with respect and hopefully curiosity is beauty. Most of the time withholding truth is a matter of editing (for kids) or avoiding negative reaction. The worst is when you have another person’s ego to worry about. “If she slept with somebody else, oh my God, she was unfaithful to the big ME. I wasn’t good enough. What will this do to my self esteem?” Telling the truth is unfortunately about dealing with somebody else’s ego much of the time. As Joe says: “We get hurt or mad at someone for telling the truth, and all that does is create a liar.”

Another look at family vs individual
Intimacy