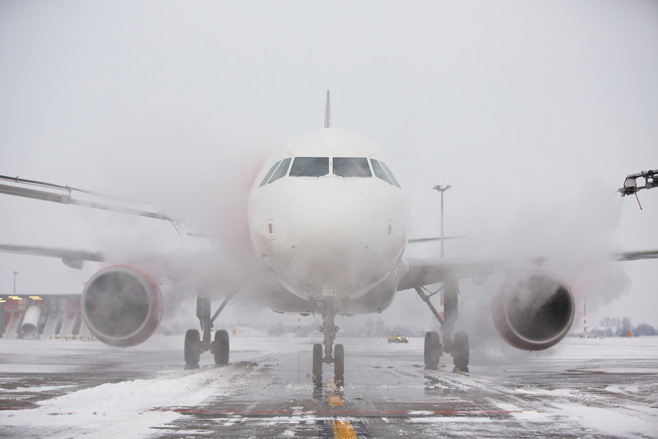 “No problem,” the smug passenger service agent said. “It’s not snowing in New York. Flying should be just fine, even though the plane is not a jet like you expected.” I recalled his words as our propeller driven plane circled the Scranton, PA airport at 9 PM, amidst brutal storm clouds. The twenty-seater had been diverted to this nearby city and began descending into a cauldron. The blizzard of 93 was how the news media billed it. We were being thrown around the heavens like a bottle-top in a kid’s bathtub. This was supposed to be a light snow before the bulk of the storm hit two days hence. White-knuckled from gripping arm rests, some of the passengers tried to look cool. Others closed their eyes, in prayer I assumed. Perhaps to Saint Christopher, patron saint of lost causes. The plane dropped, meter by scary meter, shaking and rattling like we were in the midst of enemy flack. Each meter felt an eternity. Would the propellers last? Goblets of sweat covered my forehead. People stared out the window, into space, or fidgeted nervously. Nobody uttered a sound.

Christ, what a way to start a long trip!

Ice off the propellers pelted the fuselage, but I couldn’t see anything out the tiny windows, only heard each piece strike. Maybe this trip around the world was going to be over before it ever really began. Wouldn’t that be ironic? I finally get the chance to break free, only to go down as a crash statistic, someone pulled in tattered pieces from branches of a tree. The cold sweat greased my palms as I desperately searched the black-gray outside for signs of life – lights on snowy buildings or lamp posts. Lights mean a measure of safety, don’t they? Like you’re not going to crash into a mountain. Lights mean ground is attainable.

It seemed like we dropped in agonizing jolts forever before welcoming sparkles of light appeared. They flickered, barely visible amidst the onslaught of heavy snow, like phosphorus in ocean waves. My mind shifted to the landing. Thoughts bounced. How good are these pilots? How tough is the plane? Maybe I shouldn’t have been in such a hurry to see the world.

Approaching the snowy landing strip, we swerved harshly to one side, then the other. The closer we got to the ground the better I felt. Passengers had serious expressions on their faces, hands still glued to the armrests like they were nailed down.

When the swerving plane finally glided to a landing, I knew I had a guardian traveling with me, some member of the dearly departed that hopped in my backpack, along for the ride.

Montaigne said about traveling…
How much is enough?